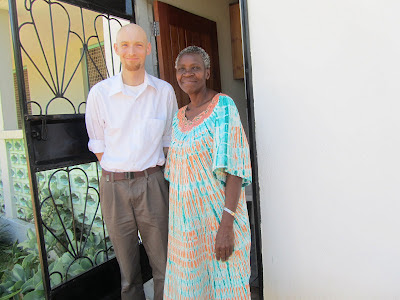 We are currently back in Mwanza for a week’s break from language school, and each of us have spent the last two days at our respective worksites. As you may remember, I will work with Mrs. Constansia Mbogoma at Capacitar Tanzania, a health and wellness program. Now, theoretically, I was recruited to assist with several women’s cooperatives, a side project of Capacitar, but this effort is new and thus my job has been pretty nebulous up to this point, and pinning down an exact job description has been a challenge. I’ve been OK with this, but it’s been kind of hard to mentally prepare for my ministry when my MKLM folks are talking about women’s co-ops but most of the info I’ve received from Mrs. Mbogoma was about Capacitar and the wellness work. Ostensibly, the two are connected (the groups I’ll be assisting have all received Capacitar training), but I just didn’t really know how the two would mesh in reality.

At this point, I should state that breathing exercises, relaxation techniques, and meditation all have traditionally held very little interest to me. It’s just not something that “grabbed” me, and anytime the option to attend a meditation workshop or exercise group arose, I opted to be somewhere else. We had several workshops on this type of stuff at our MKLM training, and I just didn’t like much of it. So when the focus of my work seemed to be shifting to exactly that type of stuff, I did get nervous that this was not the placement for me and even talked with Katie about whether I should bring this up. But I committed to it and resisted the urge to make a snap judgment without giving it a chance, so I said a prayer and took a leap of faith, and here I am. After two days of working with Mrs. Mbogoma and getting a glimpse of what I’ll be doing, my concerns have largely subsided and I’m very excited about the work that lay ahead.

Though I am still not 100% sure exactly what I’ll be doing, working with women's groups will be the bulk of my work, though I have gathered that I will likely have my hands in many different projects, and that is exciting. I was happy to see how much of Capacitar’s work dovetails with Social Work goals and methods. Mrs. Mbogoma welcomes any new ideas and suggestions I can provide, and she has welcomed into the organization with open arms. I think I will receive a lot of in-depth exposure to Tanzanian culture through this ministry and will learn an incredible amount from these experiences as well as Mrs. Mbogoma’s mentoring. As a bonus, I also think my own health will likely improve from learning the wellness exercises (for the last two days, we began the day with about 15 minutes of Tai Chi in her garden. It was quite enjoyable, and I was reminded that, despite my general reticence for this type of thing, at one point I was really interested in Tai Chi).

On my first day (yesterday), I spent the day hearing more about Capacitar’s work. I was able to practice my Swahili quite a lot- Mrs. Mbogoma used to teach Swahili so she made sure I was using it. Additionally, I met another of my colleagues, Mary, and the three of us continued speaking about projects. We also talked about the differences in Tanzanian and American cultures then strolled around her garden and she explained what plants were growing. The day was pretty short, and after a dalla-dalla ride I was home by about 2pm. 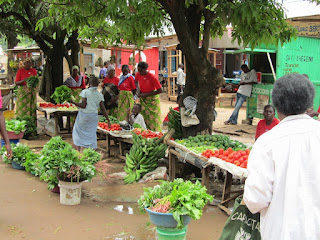 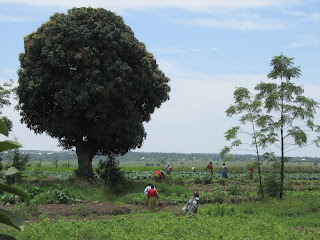 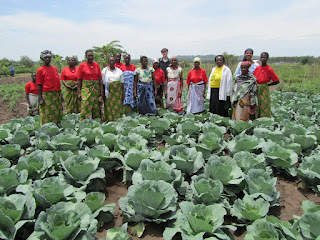 Today, day two, (Wednesday), I was able to get a first-hand glimpse at what my post-language-school work will entail. After more Tai Chi in the garden*, Mrs. Mbogoma, Mary, and I set out to catch a dalla-dalla to the outskirts of the city to visit the Buswelu Women’s Cooperative. Great experience. The women were very welcoming and excited that we were there. I met each woman, looked at their vegetable stalls where they sell their produce, then we all went out to see two the women’s farms. As I’ve previously mentioned, I’ve been a little shy here lately- performance anxiety, if you will. Yet today, out in this more rural setting, with all these women, I was completely comfortable (could really talk with them, but it was never awkward being the lone mzungu and the only guy). My brain was spinning with questions about the co-ops, and as I walked through the fields (mashamba) I felt all my fears lifted from my shoulders and the excitement take hold. I don’t really know what I’m doing, but suddenly that wasn’t scary anymore, but an opportunity to get out there and learn. This was it- this was what we were called here to do, this desire for this type of experience was what made us want to come here. It was a great day. So praise the Lord**, I think I’m gonna like my job!

*My MKLM colleague Caitlin told me I was going to be the most zen person she knew after enough time at my placement.

Good Heavens, those photos are gorgeous! And YAY about the job placement! You are going to be amazing. Because you are.

I love you, big brother!
xoxoxo

Also, in regards to that last photo: One of these things is not like the others.

It's fun to read your blog, Chris!! I am excited for you and Katie!!!-Kaiser