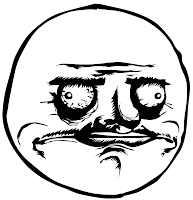 So I have written in the past about language issues here in Tanzania. Indeed, the struggle to communicate is one of the most salient issue here for an ex-pat. Deeper issues of cultural understanding manifest themselves in conversations, but you can’t even approach that level of communication if you’re standing there looking like an idiot trying to remember the word for “pineapple.” Katie can actually have conversations in Swahili. I can sound like a relatively functional 4-year-old.

Beyond simply learning, remembering, and using new vocabulary and then understanding the nuance that may be underneath the words themselves, you also must deal with the fact that people talk differently, and I don't mean accents or simple grammar. I mean the way they think and form sentences is different. In your own culture, you have a basic assumption of how people will speak to you. But here, someone may say something to you that makes sense to them and everyone around you but makes no sense at all to you. What I mean is, beyond idioms, beyond new words, the things that people choose to say and choose NOT to say are often just as baffling, if not moreso.

Small talk here often makes no sense to an American ear. It’s confusing. Even after almost 3 years here, its confusing. But maybe "confusing" isn't the right word...maybe "pointless" is better. It circles around and around and makes no sense. Now, I know there’s very little depth to “Hot today, huh?” or “How ‘bout them Mets?” but you at least know you’re talking about the weather of a football team. (Ha HA just kidding, people).

Small talk here- at least small talk with a Westerner- tends to consist of just stating some random comment about something remotely related to you, but with the crucial point of not clearly stating what that thing may be. Here’s a typical example. Keep in mind that this is often in a mix of English and Swahili.

Me: How is what? America?

Them: YES...UGALI. (a local food staple)

Them: UGALI. Have you tried it?

This can pretty much go on ad infinitum until I just smile and walk away (or look very confused and walk away). There will often be thumbs up, high fives, and laughter on their part.

So there’s no real moral to this story. It’s just fascinating (and honestly, often annoying) to see this happen. I feel that a certain amount of their local interaction is on this surface level with minimal information. But I also think this is particular relevant to when locals interact with Westerners. I know that most people here know a little bit of English- often just a few random words they’ve picked up- but in the same way that I felt good when I had my first simple exchanges in Swahili, they are likely proud of themselves for engaging the mzungu in English. Even if it made no sense to the English-speaker. And I can’t really judge them on that, because I see that same confused look staring at me when I open my mouth and use Swahili.

I giggled out loud, reading this mock conversation. It is so true! Just this morning, I was having a nice conversation with a shop employee in Swahili. Out of nowhere, in English, he says, "SISTER." Now, very often, Western women are called "sista" so I thought he was just addressing me. But no, he kept saying it. I said, "What about my sister?" He said, "Where is your sister? I want to marry her."